Every Hello Pro All Stars current members did a solo performance. One month before the broadcast, fans were able to suggest any songs to them on twitter during one week. Then, every members choose a song among them to perform. At the end of the 52 performances, the members themself voted for their favorite performance and the winner won a trophy! A order lottery was posted on youtube two days before the broadcast, launched by Yajima Maimi who was also the show MC.

Reina is the seventh member to do her performance and choose to interpret "Tsukiatteru no ni Kataomoi" (付き合ってるのに片思い) by Berryz Kobo. She said later on her blog she choose this song for the long interlude who let her free to add something she likes, besides her pre-comment was "A song interlude!!! Look ♡". She offered us a new interpretation of that song, preserving obviously the cuteness, with a unique performance : she add a talk part on the song with her individuality, the humor, to form a flip art performance! 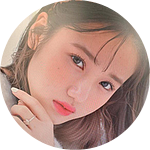